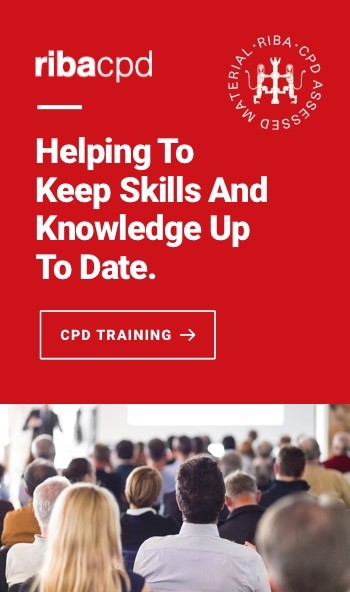 What is Radon? A Guide for Construction Professionals

Radon is attracting plenty of negative attention in the building and healthcare industries, with many healthcare organisations reporting on links to cancer.

The fifth instalment of Radon Awareness Week took place from the 4-10 of November courtesy of the UK Radon Association.

Not everyone knows what radon is or why it’s a health hazard. We’re going to answer the important questions, so you can determine how radon affects the construction industry.

In its physical form radon is a radioactive, colourless, odourless and tasteless gas which isn’t detectable by humans.

Radon is a dense gas which is heavier than air, so it doesn’t rise into the atmosphere and usually remains at ground level before it dissipates.

Radon is easily inhaled and is a health hazard. Health organisations are trying to raise more awareness about the potentially lethal gas.

The gas has strong links to lung cancer and is the second biggest cause of the disease after smoking.

Who Discovered the Radon Element?

Friedrich Ernst Dorn discovered Radon in 1900 while studying the radium decay chain and is an immediate product of this radioactive decay chain.

What Does Radon Decay Into?

The most common form of radon decay is alpha decay, which isn’t usually considered a hazard because the particles produced by the decay are easily stopped. However, because the element is gas, it’s inhaled with ease and tissues are at risk of exposure.

What is Radon Used for?

Radon is a naturally occurring gas, so it would release into the atmosphere whether we like it or not. It was part of our planet before mankind existed.

In modern history, it has a history of medical uses, but its main function is for scientific and medical research in the present day.

There’s no use for radon in the construction industry, which is why measures are taken to prevent it from seeping into homes and workplaces.

In the early 20th century radon was once considered useful in cancer therapy and it was used in some hospitals to treat tumours.

Doctors would seal the gas in minute tubes, implant these into the tumour and treat the disease locally. This treatment isn’t administered anymore as safer alternatives are available.

Fast-forward to the modern-day and radon isn’t considered a ‘conventional medicine’ due to its health risks.

However, that hasn’t deterred some – a spa in the Czech Republic invites patrons to bathe in radioactive water.

Radon was once considered useful for predicting earthquakes, some scientists argued that increases in radon production would signal the sign of an earthquake.

However, this was dismissed when it was found that earthquakes often occurred without high-levels of radon present. Radon has also been used in hydrology research and air mass tracking.

Where is Radon Found?

Radon isn’t commercially produced, it’s a naturally occurring gas that is usually found in natural resources like igneous rock and soil. However, sometimes it can be found in water.

Radon is a product of the breakdown of radium from uranium and radium to radon.

Where is Radon Found in the UK?

Radon is found in large quantities in the south-west of England and Wales. There are building regulations for radon and all companies should ensure they stick within the rules.

Rebecca Coates, Head of Radon Projects at PropertECO and Director of the UK Radon Association states:

“Maps are available from Public Health England that predict the likelihood of elevated levels being found in a property in any given location, with anywhere with a 1% or more risk being classified as an ‘affected area’.

Maps produced by BRE are based on these and form part of BR211, the guidance referred to in the Building Regulations.

These maps only require radon protection to be installed in areas with 3% risk or more, which leaves many properties in known ‘affected areas’ deliberately built with no protection – a crazy scenario!“

You can use the following resources to determine whether radon is active in a specific area:

What is Radon Poisoning?

Radon poisoning is likely to occur when large amounts of radon enter the body and cause harmful physical changes.

Although it’s a naturally occurring gas that we breathe in anyway, large amounts aren’t good for your health due to the gas’ radioactive properties.

There are no onset symptoms of radon poisoning, sufferers will only discover years later when they develop diseases such as lung cancer.

Radon in the Home

How Does Radon Get Into Homes?

The main entry route for radon into the home is gas seeping through various entries, but it can also enter through water passages. Common points of entry include:

Where is Radon Found in Homes?

Radon can be found anywhere in a home, but it’s more likely to be prevalent at a lower level (basement, bottom floor) due to its fast decay time. It isn’t usually found in high-rise apartments or office buildings.

Most modern buildings aren’t built with basements anyway, but radon can still enter the home from the foundations of the building.

Is Radon Dangerous in Homes?

You may be thinking that if radon is present in the air anyway then it’s in your home regardless. This is true, but concentrated levels of radon and exposure over time can be fatal, especially on sites where there are large amounts of uranium deposits in the soil.

Rebecca Coates, Head of Radon Projects at PropertECO and Director of the UK Radon Association states:

“Despite increasing numbers of existing housing stock being tested and mitigated, radon deaths are predicted to increase.

Energy efficient building designs have the side effect of drawing more radon into a building and trapping it, unless specific measures are taken to compensate.

By ensuring new buildings are properly protected and tested on completion, the number of people losing their lives can be reduced.”

Outdoors, radon concentration levels remain low, but indoors they are higher whether you’re in a cave, water facility or a school.

What Are the Effects of Radon Exposure?

Rates of lung cancer are higher in underground workers such as miners – who are at more risk of lung cancer due to being exposed to this substance at such a high level.

High levels in homes can be fatal as well, with high concentrations recorded in the county of Iowa, which has the number one cause of lung cancer among non-smokers.

Even in average concentrations the risk of lung cancer can increase.

The risk of lung cancer increases by 16% per 100 Bq/m3 increase in long time average radon concentration.

What is Radon Testing?

The only way to know if a building has high radon levels is to test it by placing a plastic radon detector in the living room and bedroom, waiting for six months and sending them off to be tested.

The main issue here is that it doesn’t cover testing before a housing development is built – and there isn’t any way to tell if an area will be high in radon because it’s a naturally occurring gas.

Can a Geiger Counter Detect Radon?

A Geiger Counter is not a suitable measuring device for radon, you’d need a radon detection device. Also, Geiger Counters aren’t used for building site testing so would be unusable for builders.

If you use the appropriate device inside a home, radon testing is accurate. Pre-testing on building sites isn’t accurate.

Soil testing yields poor results – a better way to judge whether an area will be high in radon is to test the buildings nearest to the site or use any previous reports or data that are available.

While soil tests can be used to identify potential high-risk and low-risk sites, there are no guarantees.

How Important is Radon Testing?

For tenants and homeowners, radon testing is crucial as it could help them determine whether they need to take preventative measures.

For architects or builders, radon testing isn’t important. And that isn’t because radon permeating homes is unimportant; it’s because prevention is more important than finding a cure.

If you think there is a high risk of radon poisoning in a new build, you’ll want to consider preventing the gas from entering as many of the buildings as possible. You can install basic prevention methods or more comprehensive methods of protection.

Basic radon protection includes installing a damp proof gas membrane across the floor of the building to protect the house from radon.

Installing a damp proof membrane across the floor of the building, plus other measures such as a ventilation sump or a ventilated sub-floor void.

Rebecca Coates, Head of Radon Projects at PropertECO and Director of the UK Radon Association comments:

“The best practice would be for a radon gas barrier to be installed by a specialist contractor in all radon affected areas, with particular care paid to joints and details to ensure they are gas-tight.

In higher-risk areas, standby sump systems can be installed and capped off ready to be activated with the addition of a fan if required. It’s important to test a building on completion to know whether to activate the sumps.”

Are You Taking Radon Seriously?

While there is no way to test for a ‘radon heavy’ site, architects and builders should use common sense and realise that radon is a huge health risk that is gaining more coverage. Do you think you should take basic measures to prevent radon seeping into people’s homes?

01772 754177 // info@juta.co.uk
Melton Grove Works, Blackpool Road, Lytham, FY8 5PL
We use cookies on our website to give you the most relevant experience by remembering your preferences and repeat visits. By clicking “Accept All”, you consent to the use of ALL the cookies. However you may visit Cookie Settings to provide a controlled consent. For more detailed information about the cookies we use, see our Cookies Page
Cookie settingsACCEPT ALL
Manage consent

This website uses cookies to improve your experience while you navigate through the website. Out of these cookies, the cookies that are categorized as necessary are stored on your browser as they are essential for the working of basic functionalities of the website. We also use third-party cookies that help us analyze and understand how you use this website. These cookies will be stored in your browser only with your consent. You also have the option to opt-out of these cookies. But opting out of some of these cookies may have an effect on your browsing experience.
Necessary Always Enabled
Necessary cookies are absolutely essential for the website to function properly. These cookies ensure basic functionalities and security features of the website, anonymously.
Functional
Functional cookies help to perform certain functionalities like sharing the content of the website on social media platforms, collect feedbacks, and other third-party features.
Performance
Performance cookies are used to understand and analyze the key performance indexes of the website which helps in delivering a better user experience for the visitors.
Analytics
Analytical cookies are used to understand how visitors interact with the website. These cookies help provide information on metrics the number of visitors, bounce rate, traffic source, etc.
Advertisement
Advertisement cookies are used to provide visitors with relevant ads and marketing campaigns. These cookies track visitors across websites and collect information to provide customized ads.
Others
Other uncategorized cookies are those that are being analyzed and have not been classified into a category as yet.
Save & Accept