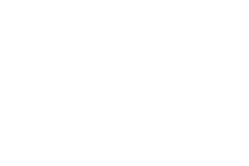 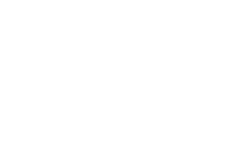 The airport’s operation poses a risk of polluting the surrounding environment and groundwater by various contaminants (fuel, de-frosting chemicals) that are being washed down the paved surfaces mainly by rainwater. With this threat in mind, in-ground filtration reservoirs were built alongside takeoff & landing runways (3.6 km/4.0 km), taxiways and service areas, to ensure contaminated water treatment at the primary level. 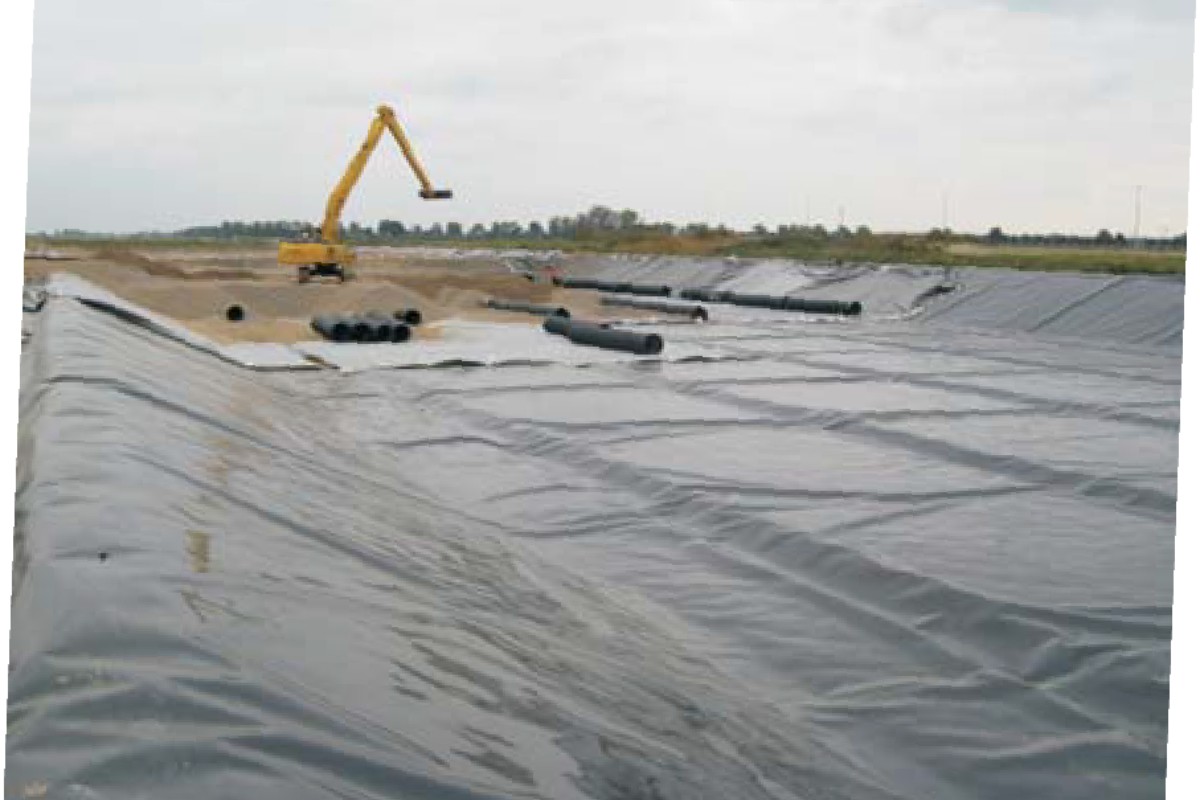 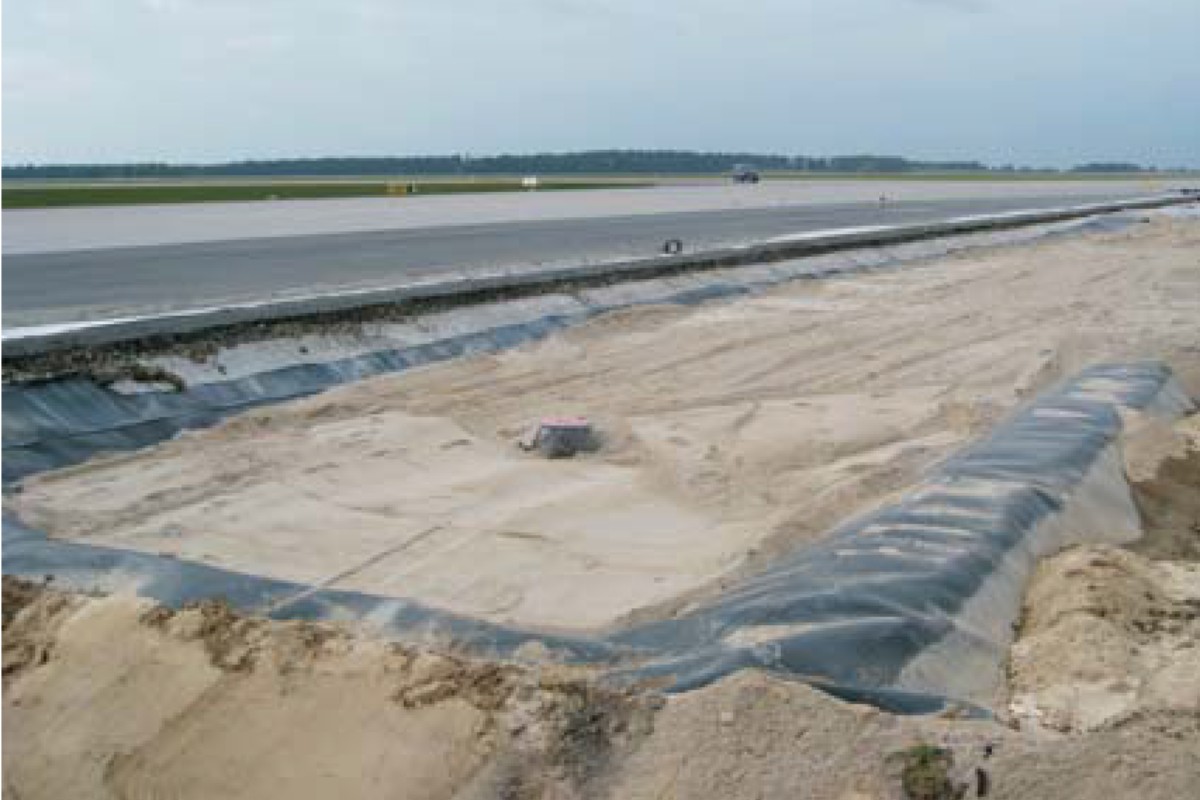 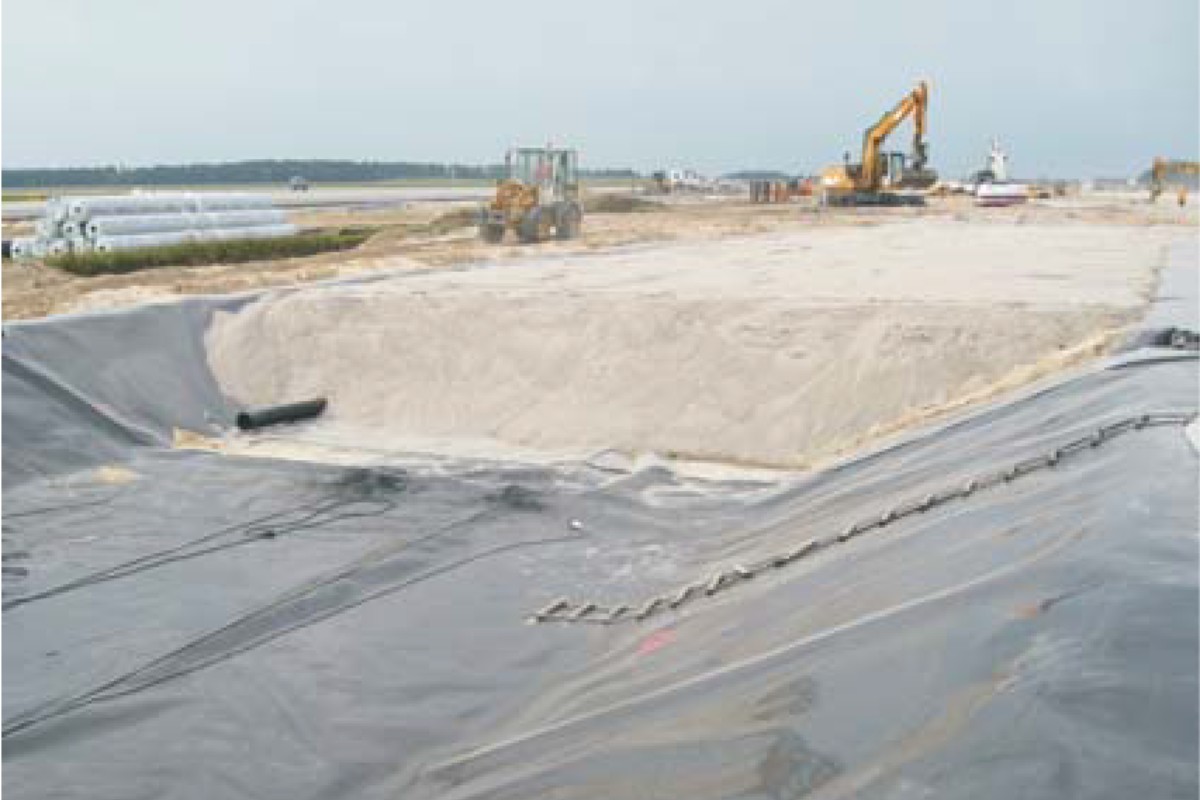 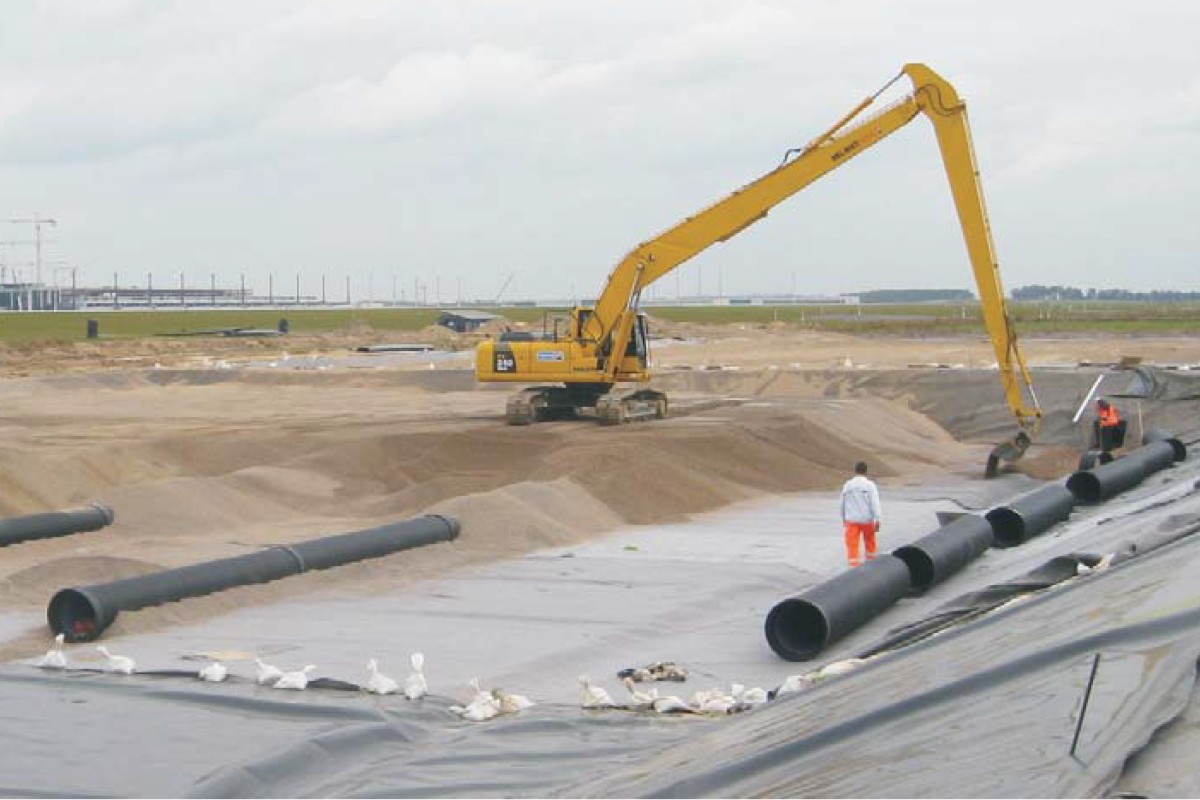 In the 1990s, the first concept of building a new large-capacity international airport near Berlin (that would aim at replacing the three existing small airports in the territory of German capital city) came into existence.

After a lengthy decision-making process, it was opted for the extension of Schönefeld airport, the only airport in the East- Berlin area that was – as opposed to the remaining two Tempelhof and Tegel airports – located outside the city limits, more concretely on the southeast outskirts of Berlin.

Construction works started in 2006 and within several following years BER project became one of the most extensive infrastructure projects in Germany. The original airport’s size of 970 ha was expanded to 1470 ha (equivalent of approximately 2000 football fields). As for the size, the target of BER is to rival the international airport in Frankfurt on the Main or Heathrow in London.

The airport’s operation poses a risk of polluting the surrounding environment and groundwater by various contaminants (fuel, de-frosting chemicals) that are being washed down the paved surfaces mainly by rainwater.

With this threat in mind, in-ground filtration reservoirs were built alongside takeoff & landing runways (3.6 km/4.0 km), taxiways and service areas, to ensure contaminated water treatment at the primary level. The secondary level treatment is being carried out in so-called central filtration reservoirs situated in the peripheral area of the airport (simultaneously fulfilling the function of detention basins). 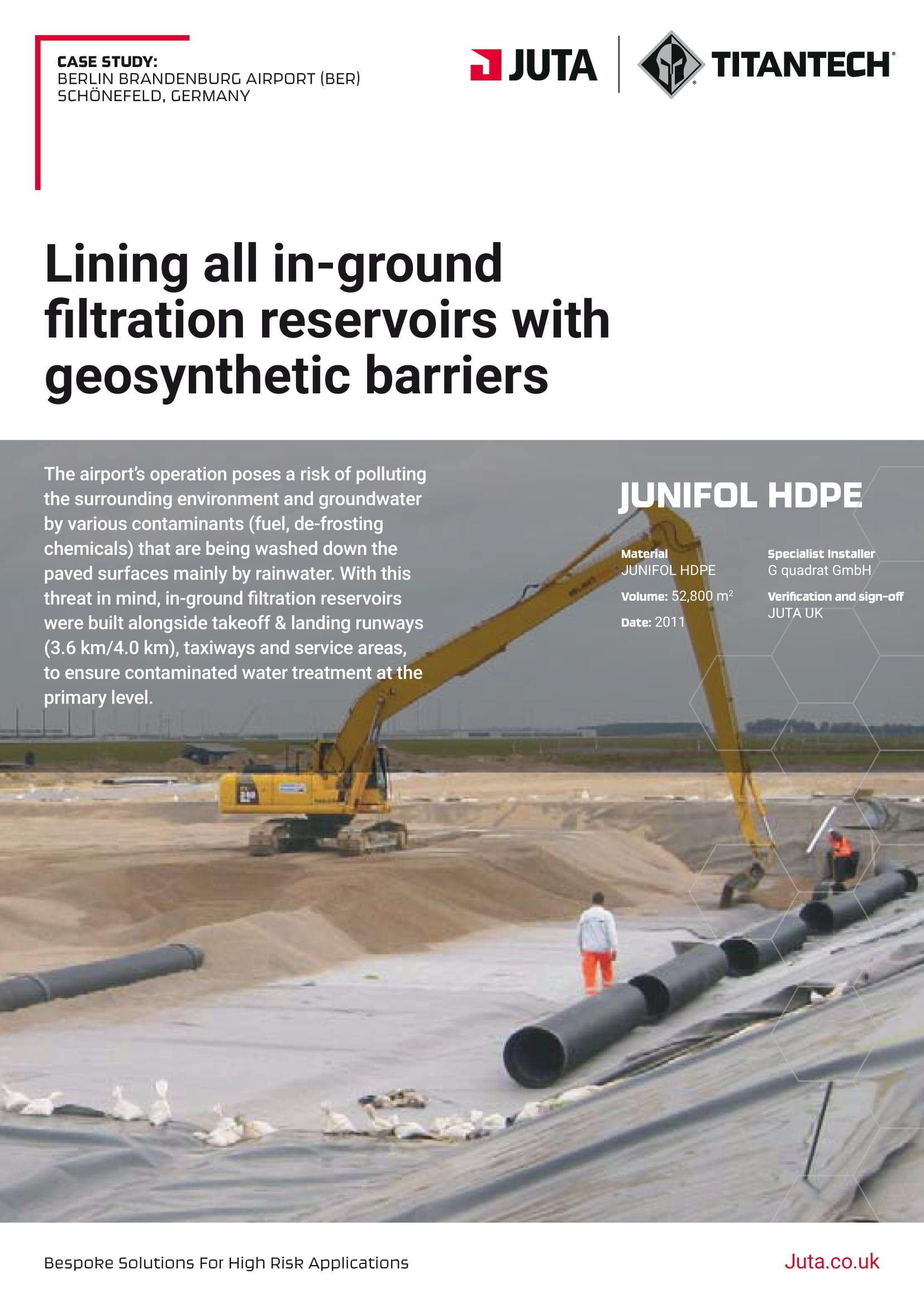 01772 754177 // info@juta.co.uk
Melton Grove Works, Blackpool Road, Lytham, FY8 5PL
We use cookies on our website to give you the most relevant experience by remembering your preferences and repeat visits. By clicking “Accept All”, you consent to the use of ALL the cookies. However you may visit Cookie Settings to provide a controlled consent. For more detailed information about the cookies we use, see our Cookies Page
Cookie settingsACCEPT ALL
Manage consent

This website uses cookies to improve your experience while you navigate through the website. Out of these cookies, the cookies that are categorized as necessary are stored on your browser as they are essential for the working of basic functionalities of the website. We also use third-party cookies that help us analyze and understand how you use this website. These cookies will be stored in your browser only with your consent. You also have the option to opt-out of these cookies. But opting out of some of these cookies may have an effect on your browsing experience.
Necessary Always Enabled
Necessary cookies are absolutely essential for the website to function properly. These cookies ensure basic functionalities and security features of the website, anonymously.
Functional
Functional cookies help to perform certain functionalities like sharing the content of the website on social media platforms, collect feedbacks, and other third-party features.
Performance
Performance cookies are used to understand and analyze the key performance indexes of the website which helps in delivering a better user experience for the visitors.
Analytics
Analytical cookies are used to understand how visitors interact with the website. These cookies help provide information on metrics the number of visitors, bounce rate, traffic source, etc.
Advertisement
Advertisement cookies are used to provide visitors with relevant ads and marketing campaigns. These cookies track visitors across websites and collect information to provide customized ads.
Others
Other uncategorized cookies are those that are being analyzed and have not been classified into a category as yet.
Save & Accept